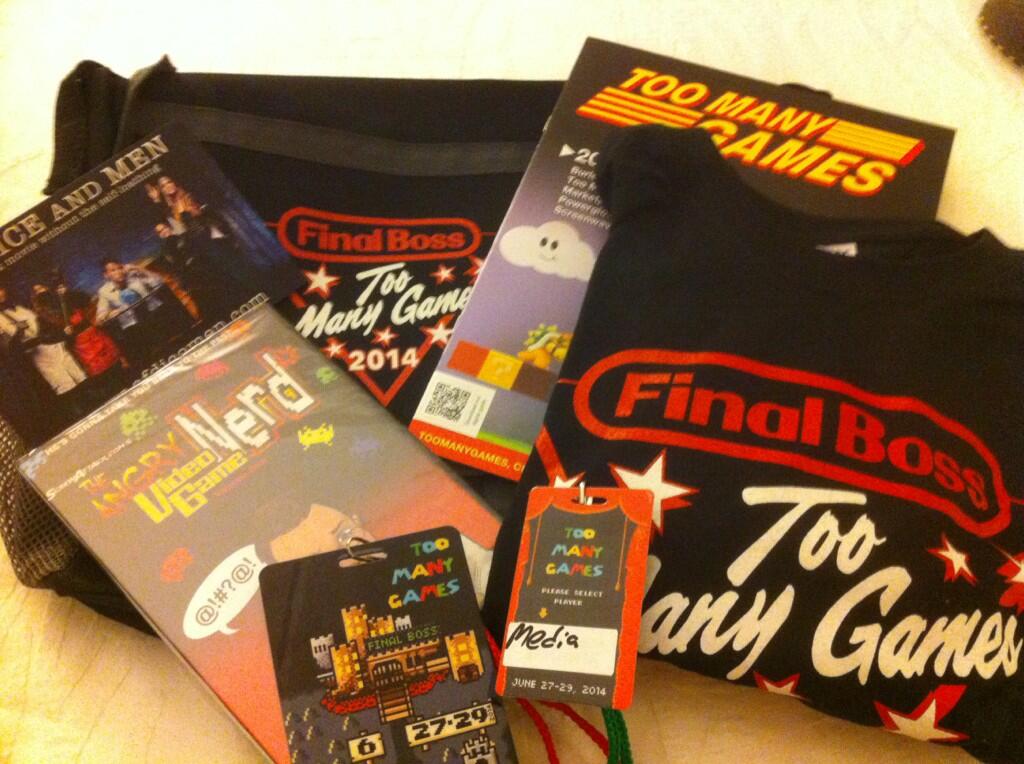 Day 1 of TooManyGames 2014 opened with a packed house of people from all interest flooding into the showroom floors seeking out the classic and newest materials in nerd culture. If you want to buy a replica sword, there’s a vendor for that. You want to buy a complete set of Sega Genesis Sonic Games? There’s a vendor for that. You strangely want to own 20 copies of Duck Hunt, there are definably vendors for that. 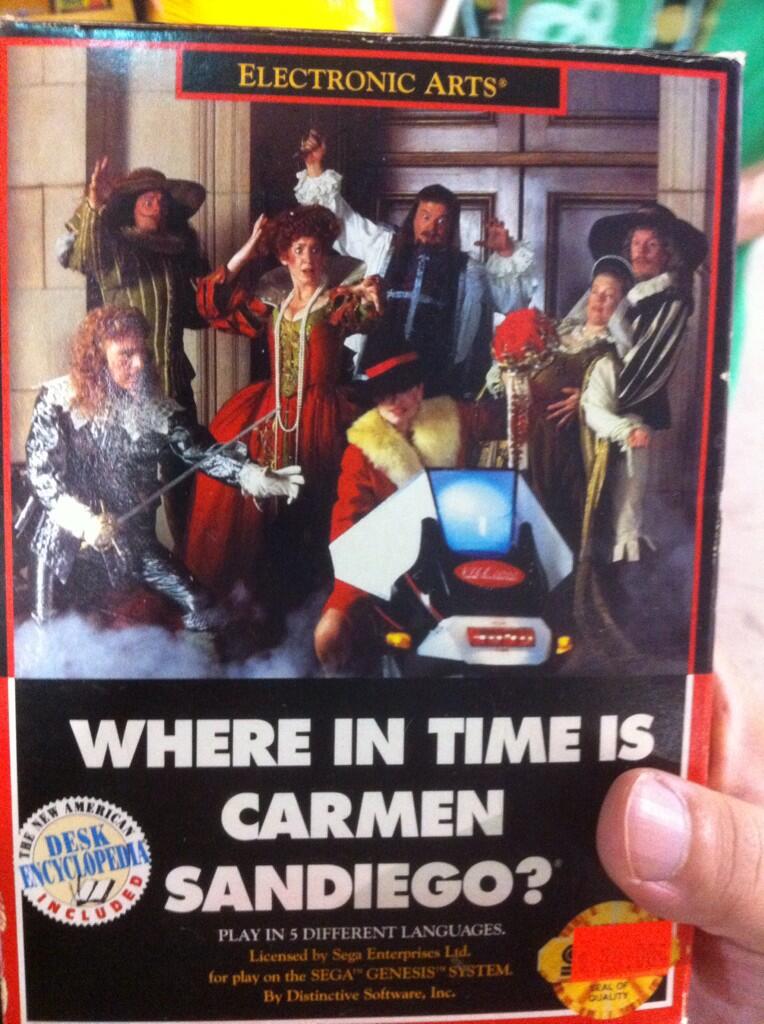 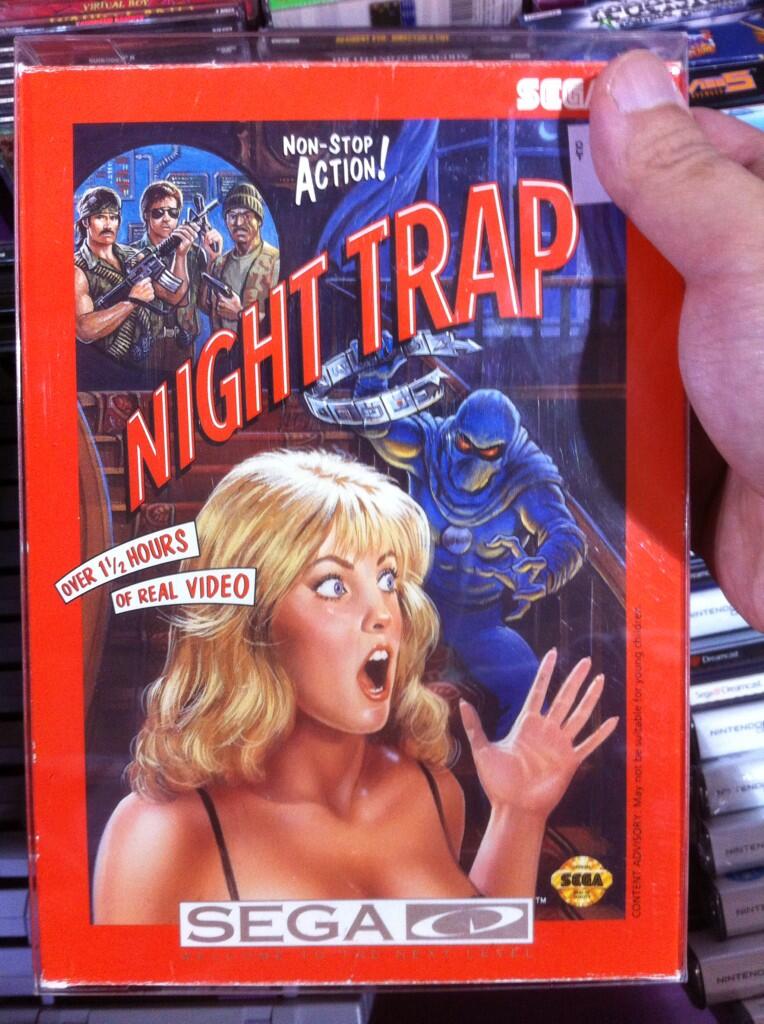 Friday’s on TooManyGames sets a nice tone for the next 3 days of the event. People see what kinds of games the indie teams are making, gathering interesting and making connections. Vendors are haggling over prices and trading games like fine art. I’d watch people buy and sell NES, Genesis and even Game Gear games that have tripled or quadruple its price. One game that stood out for me was the Collector’s Edition of Maximum Carnage. As a kid, I never had seen it in retail stores or any friend’s house. I didn’t know they had “Collector’s Edition” Genesis games. I remember in the 90’s collector edition’s were something you saw on the box as a marketing trick and not actually mean anything. 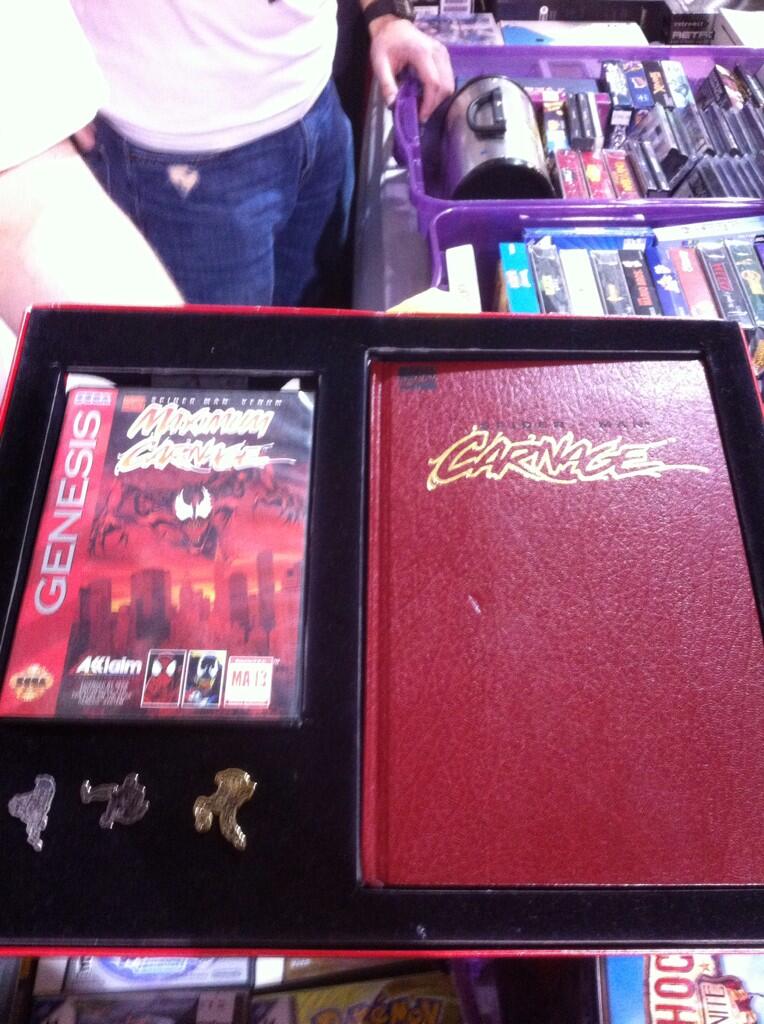 Inside this collector’s box is the original Maximum Carnage game, a few pins, and a prequel comic that sets up the game. The comic book itself is a nice hardbound book and it all fits snug in this box. I would’ve try to get this if it weren’t over $900. And this isn’t even Prime Mint Condition. When did my childhood get so expensive? 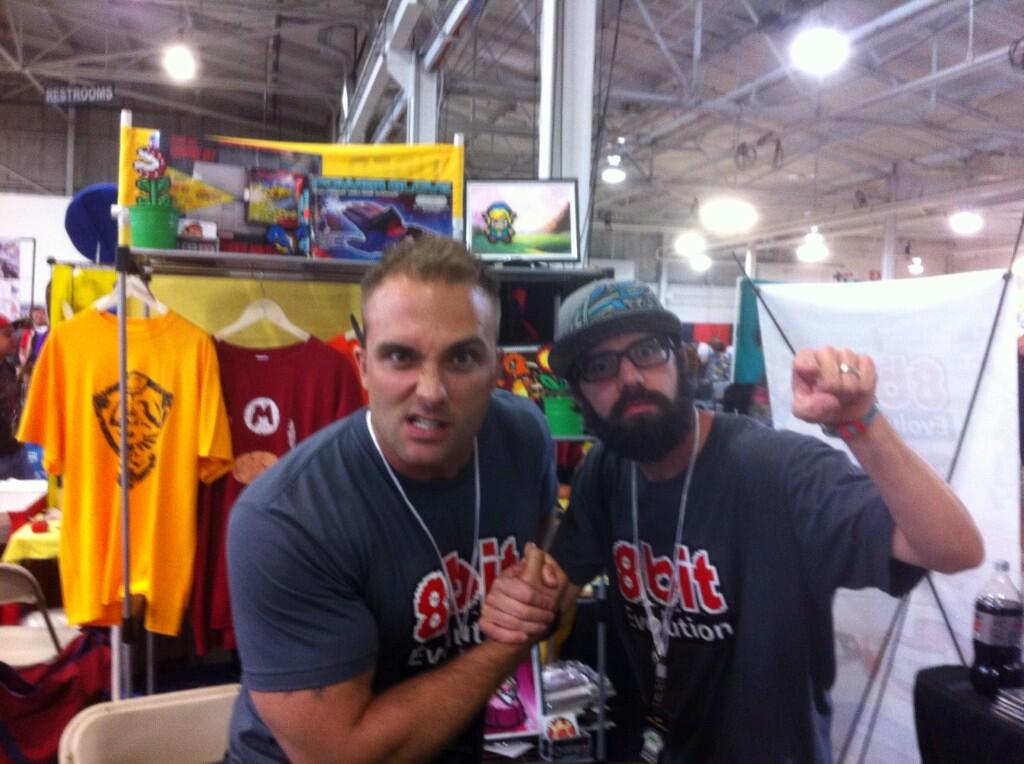 Next up, I quickly traveled the vendors for any gems that should be looked at before someone else snatches it away. I stopped by the 8bitEvolution booth and checked out their collection of home brew stuff. They had a lot of cool games that are copied on to a Genesis, NES or SNES cart and works on the respective consoles. It’s a great way to relive a game on a old school machine without emulating it from a ROM. 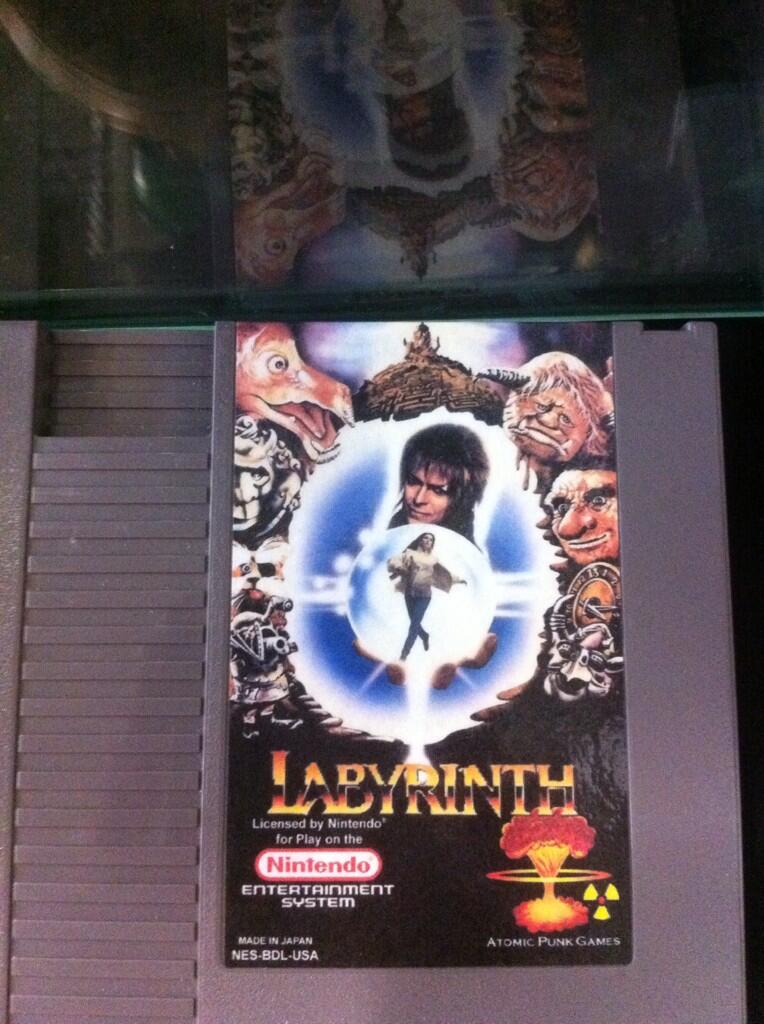 What really caught my eye and made me think if this was real was a Labyrinth NES game. Since we at EverythingAction are fans of both Bowie and Labyrinth, the look of the cartridge really made me question if I totally ignore or forgot that Labyrinth had a game or not. A deeper look notes that there is no official “Nintendo Seal of Approval”. 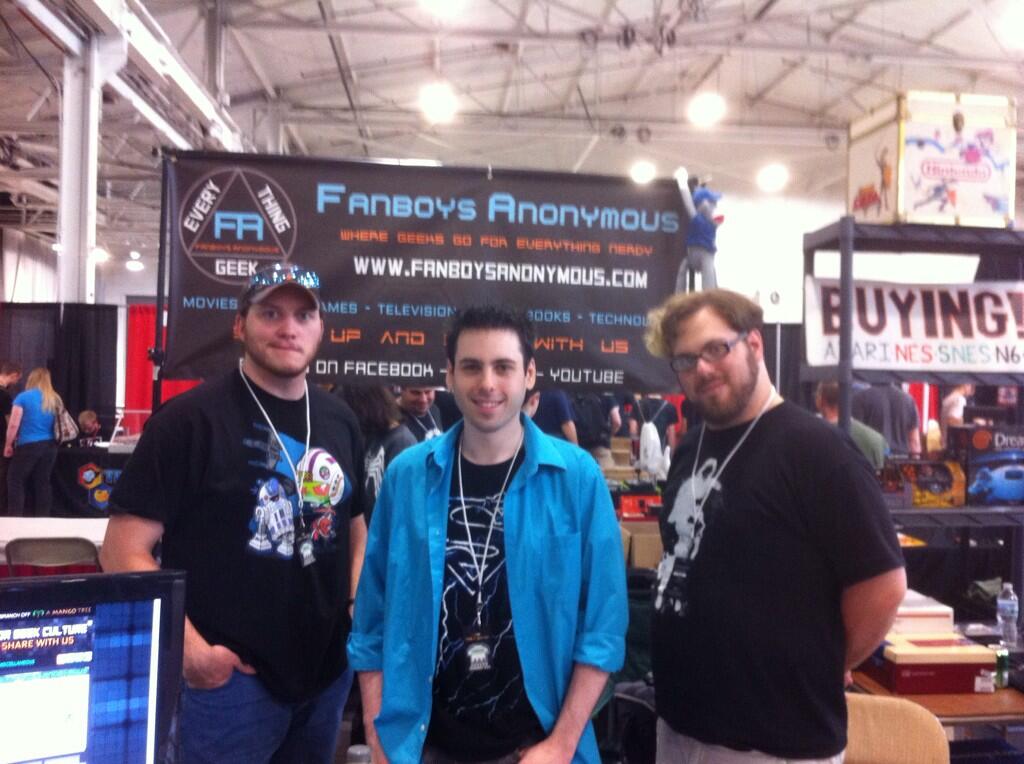 I stopped by the Fanboys Anonymous booth and quickly chatted with the crew of the site. We talked nerd shop before they offered me a free comic to take with me. Behold: 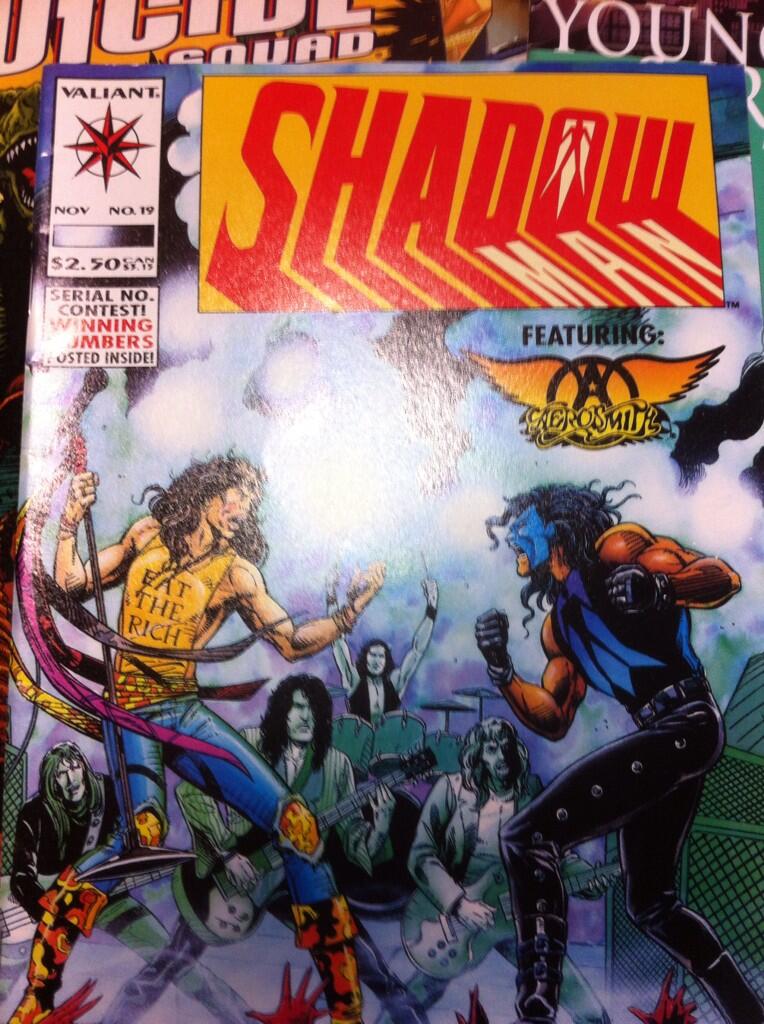 This really happen in 1992-3. The comic company Valiante somehow managed to convince the band Aerosmith to appear in a Shadowman comic where they are fighting on stage of a Aerosmith concert. Why? Because it was the early 90’s and before that whole “Rap” thing took off. What’s really bizarre about this modern day Aerosmith, this is “Walk This Way” and “Dude Looks Like A Lady” top hit songs Aerosmith. So they were pretty popular at this point. Granted, Revolution X came out about this time and probably people loss their jobs for that game, but this was still a hot band at the time. What did Valiante do to get both the likeness and actually names? Was the CEO at Valiante holding Liv Tyler hostage? I had to have this mysterious and unexplained comic.

As the day was coming to a close, the big finish to the day was the Burlesque Show. It’s always a weird thing to see any childhood memory sudden come to live and then strip in front of you. But if it’s done “tastefully”, then let the memories start dancing. I enjoy geeky burlesque shows because it’s not about getting on stage and finding the timing while removing clothing. It takes a very open and creative mind to find a character they want to show off nude. The burlesque performers from Rigor Mortis Revue were Loretta Vendetta, Scarlett Storm & Stephanie Anders, Morrighan Oh Tulle, Brettzo, and Smurfasuar Suicide.

Pacing out the dancing parts was the dynamic duo from Cut Throat Freakshow Jeremy Kinison & Lauren CandyPants. And Freakshow does not describe what awesome and painfully stunts they perform. I have very strong sentimental attachments to certain body parts and appendages that every day I try to avoid hitting, lighting on fire, placing near firecrackers, or stapling (and stapling together). It takes me awhile to buy underwear because the way it feels when I wear it. Today, I tipped a man $5 bucks because he “Batwing” his balls with a staple gun. 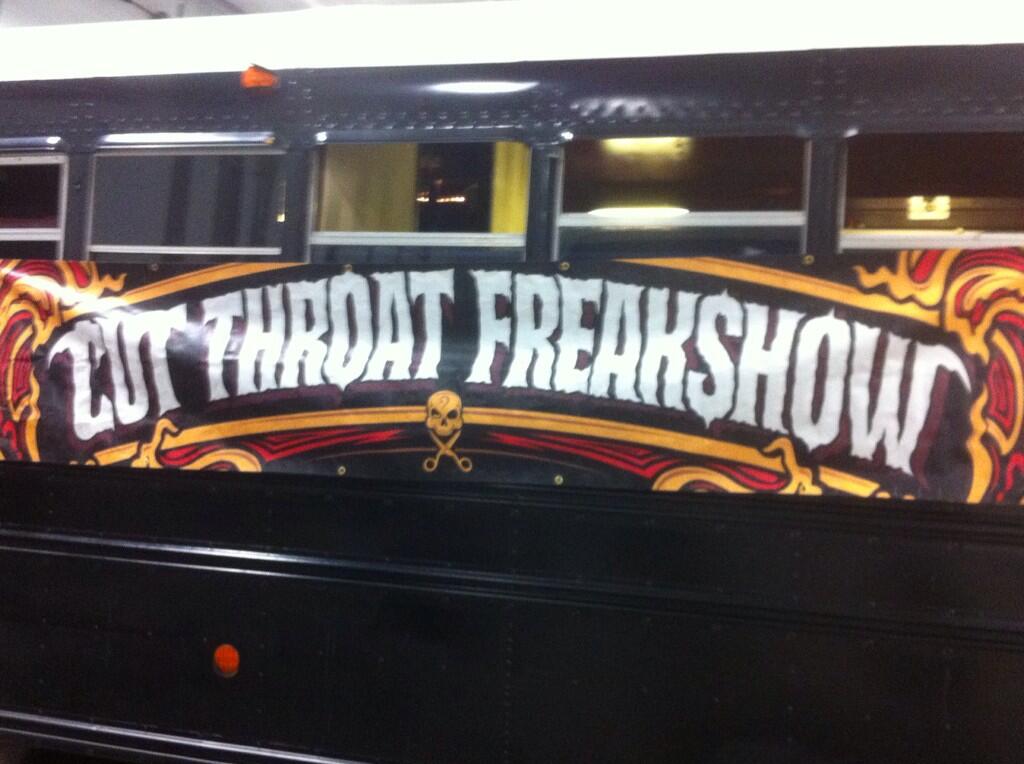