Everyone seems to be gearing up for Comic Con next week and Entertainment Weekly had a couple of sneak peeks in their Comic Con issue.  First up his the first official photo from the upcoming Prince of Persia movie, starring Jake Gyllenhaal. 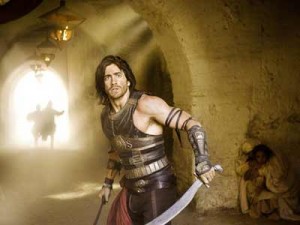 The movie is being made by Disney and is based on Sands of Time, the first in a trilogy of games for the PS2/Xbox.

The second item that Entertainment Weekly put up is our first look at Scarlett Johansson as Natasha Romanoff/Black Widow. 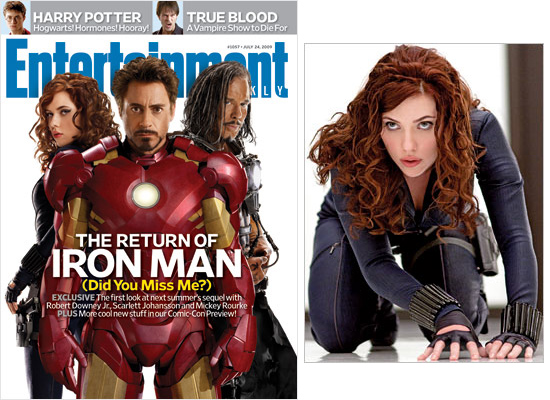 Natasha Romanoff was a Russian spy/assassin in the Marvel Universe but all they’ve said about her movie version is that she becomes Tony Stark’s new assistant after Pepper Potts is promoted to CEO.  Some other details about Iron Man 2 in the EW issue is that Sam Rockwell is playing Justin Hammer, a business rival to Stark Industries, and that he will team up with Mickey Rourke’s Whiplash.  Whiplash will also attack primarily with whip like laser beams and will have a pet cockatoo that he talks to and gets drunk with (huh?).  Get ready for an avalanche of news next week as there are going to be tons of panels about pretty much every major nerd property you can think of.