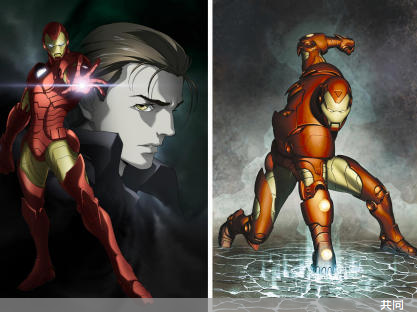 So let’s get this out of the way out front, I’m not an anime fan and in fact I could care less about most of the weird shit coming out of Japan.  That being said, I have enjoyed the recent anime takes on Western properties like The Animatrix and most of Gotham Knight.  Coming out of Comic Con was news that three more big franchises were getting the anime treatment.

First up is Halo Legends, a series of seven shorts based on the game’s universe:

Next up is an anime take on Iron Man from Madhouse Studios and Marvel:

Marvel is also teaming up with Madhouse to do a Wolverine anime based on Logan’s time in Japan:

I should also mention that both of the Marvel animes are being written by Warren Ellis who recently wrote the awesome GI Joe: Resolute.

A final bit of news that isn’t anime related but is animation related is that Marvel is doing a direct to DVD movie based on Planet Hulk.  In case you don’t know, Planet Hulk is when, before the Civil War, Hulk was launched into space by Iron Man, Reed Richards and other powerful Marvel heroes because he was deemed too dangerous to stay on Earth.  Hulk landed on a planet that was ruled by an evil emperor and forced to fight in gladiatorial games.  Check out the trailer below:

“California is Going Down!”