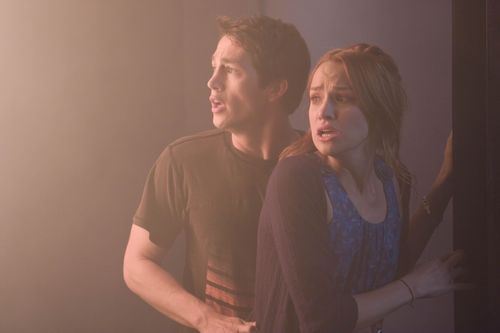 Apparently Death is America’s new sweetheart as The Final Destination held on to the top spot at the box office again this weekend. The movie pulled in another $12.4 million, bringing it’s total to $47.6 million. All About Steve came in second place with $11.2 million, which is around the average for romantic comedies these days. Inglourious Basterds moved down another spot to third this weekend and one of the other new releases, Gamer, came in at fourth with $9 million. H2 fell three spots to sixth place with $5.6 million. The other new release, Mike Judge’s Extract, barely made it to tenth with $4.2 million. The man can not catch a break, movie wise.