After the dogpile of last week there is only one new movie coming out this weekend, Couples Retreat and it’s not faring to well with the critics. 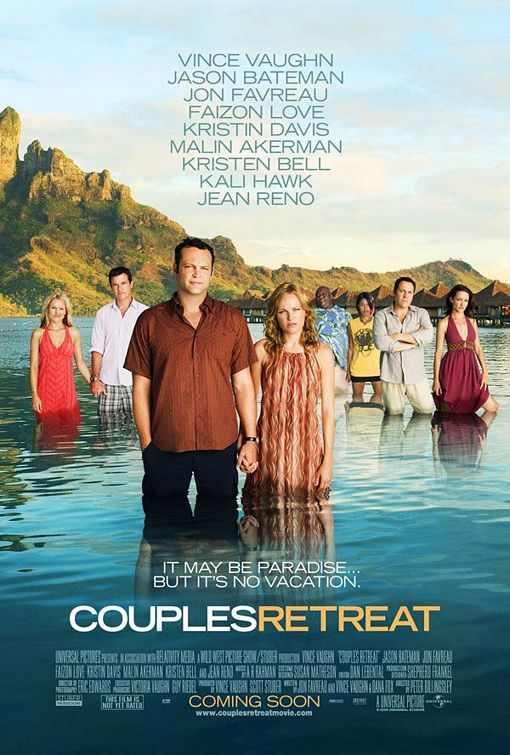 Plot: Four couples head to a tropical resort, three to party and one to save their marriage, and find out that participation in all resort counseling activities is mandatory.