Halloween weekend is upon us and there’s not a lot coming out as far as movies go.  The only wide release movie this week is Michael Jackson’s This Is It.  Gentlemen Broncos and Boondock Saints II come out in very limited release this weekend as well. 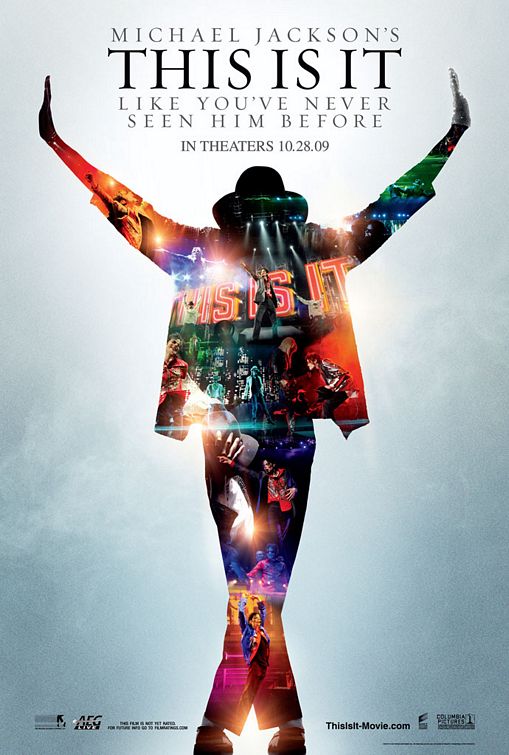 Michael Jackson’s This Is It

Plot: A look behind the scenes of Michael Jackson’s rehearsals and preparations for his final tour that never happened.

Critic Consensus: “While it may not be the definitive concert film (or the insightful backstage look) some will hope for, Michael Jackson’s This Is It packs more than enough entertainment value to live up to its ambitious title.”