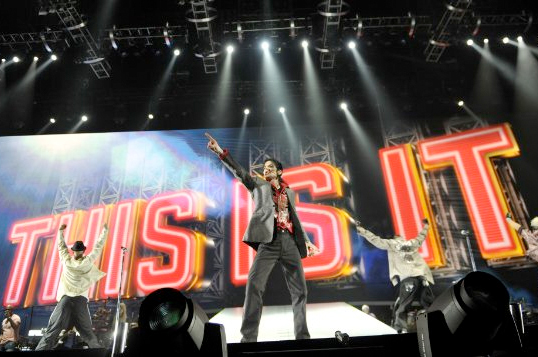 Apparently what most movie goers wanted this Halloween was some Thriller as Michael Jackson’s This Is It took the top spot at the box office with $21.3 million. I never would have guessed that judging from the theater where I work but I guess the area where I live isn’t MJ central. Paranormal Activity continues to dominate as well, dropping down to second but still pulling in over $16 million and bringing it’s total to over $84 million. Law Abiding Citizen and Couples Retreat both went up to spots from fourth and fifth to third and fourth respectively. Blood is definitely in the water for Saw VI as it dropped 60% and ended up in fifth place, making only $5.5 million on what should have been it’s strong weekend. The only other big change is that Amelia, bolstered by additional theaters, made it’s way into the top ten, coming in ninth with $3 million. With a jam packed weekend coming up it will be interesting to see who can hold on and who will drop off.