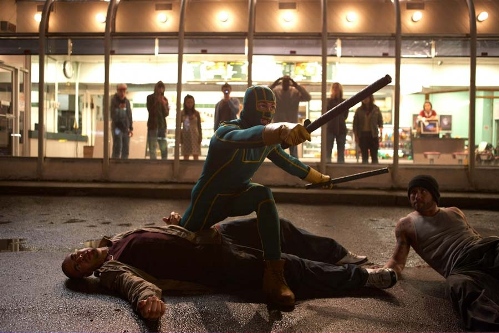 Lionsgate released a teaser trailer for the formerly completely independent Kick Ass, directed by Matt Vaughn and adapted from Mark Millar’s comic series of the same name.  The movie follows comic nerd Dave Lizewski as he decides to become a superhero and takes on the persona of Kick Ass.  He soon finds out that he’s not the only one who thought of this idea as he meets other “heroes” like 11 year old Hit Girl and her father Big Daddy.  The movie stars Aaron Johnson, Christopher Mintz-Plasse, Nicolas Cage and Chloe Moretz.  Check out the teaser below.