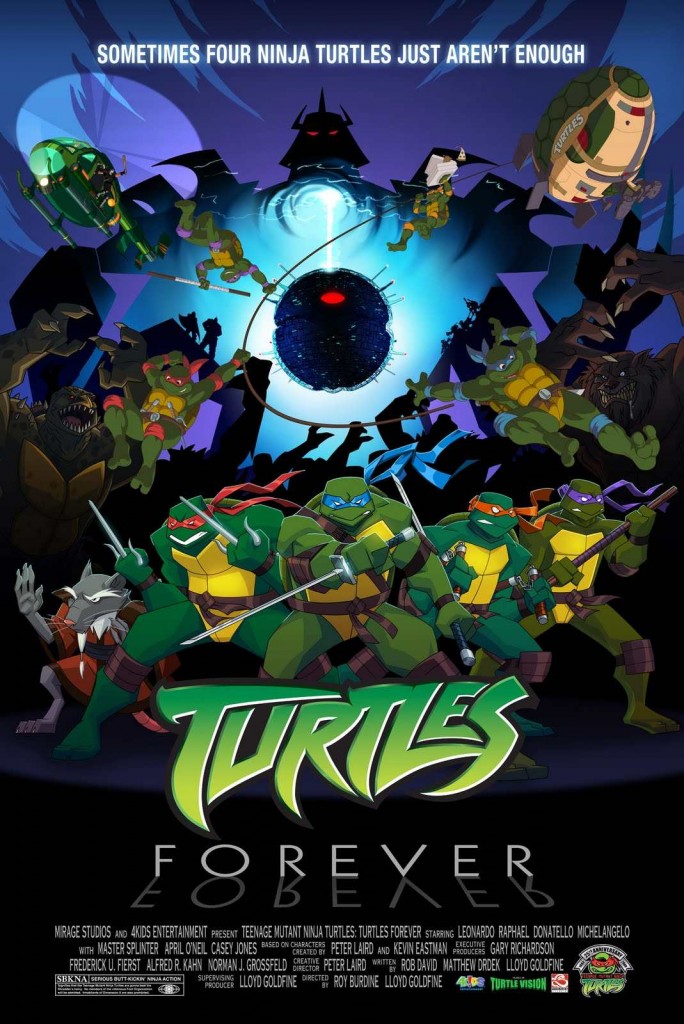 In case you didn’t know, this year marks the 25th anniversary of the Teenage Mutant Ninja Turtles and to celebrate there’s an upcoming direct to DVD animated movie called TMNT Forever.  What’s so special about this you might be asking? Well the turtles from the 2000 reboot are going to be teaming up with the beloved early 90’s turtles for a multidimensional adventure.  Bebop, Rocksteady, Krang, Both Shredders, Tokka, Rahzar, the Technodrome, the Turtle van are all back and judging from the trailer it looks like there might even be the possibility of seeing the super dark comic versions of the Turtles in action.  The movie premieres next Saturday morning on CW4Kids and then hits DVD soon afterwards.

Review: TMNT: Out of the Shadows

Action Heroes of the Week: TMNT