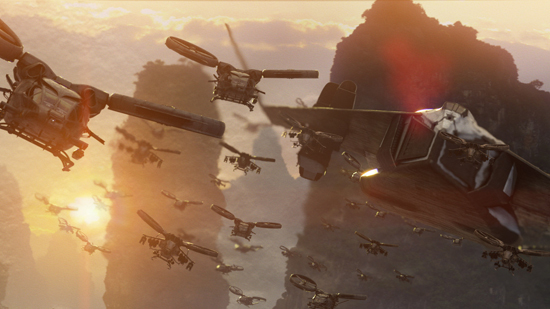 Not too surprising that Avatar took home the top spot at the box office this weekend. The movie came in a little below industry predictions at $73 million and $232 million worldwide, which is the biggest opening for an original movie. Word of mouth should help it keep up the momentum as everybody I’ve heard whose seen it says it’s amazing. The Princess and the Frog came in at second with $12.2 million, a 50% drop off from last week. Blind Side is starting to slide a little but still came in at third with a little over $10 million. The other new movie, Did You Hear About the Morgans?, came in fourth with an even $7 million. Twilight and Invictus had a battle for fifth place but the vamps managed to pull in an extra $200,000 to take it. The only other major mover is Up in the Air, taking eighth place with $3.1 million in only 175 theaters. It should jump up as it goes wider this weekend along with possible big hitters Alvin and the Chipmunks and Sherlock Holmes.

Admit One 12/28
alvin and the chipmunks avatar Battle at the Box Office biggest opening blind side did you hear about the morgans? invictus james cameron new moon princess and the frog Sherlock Holmes up in the air weekend box office totals