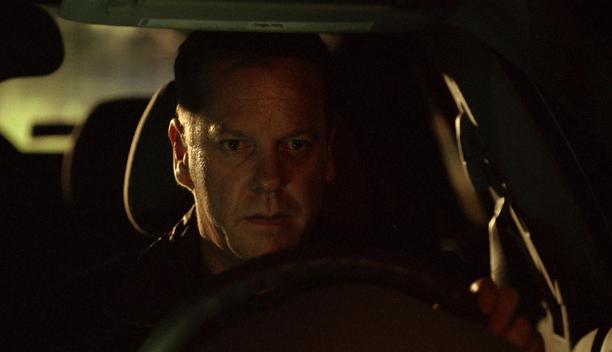 It was pretty much the Jack & Renee show this week as they tried to get into the good graces of the Russian mob.  Before we get to that though we should do a quick update on the other players.

President Hassan returned to the UN and, after learning about his brother’s betrayal a short while ago, immediately ordered a clean sweep of all his brother’s supporter’s in their country of Kamistan.  Farhad learned of this while arranging the transfer of funds to Russian arms dealer/restaurateur Sergei.  President Taylor asked that Hassan stop the arrests and executions but he refused to show mercy as he said the only thing the people of his country respect is power.  Hassan then went to see his family and learned that his wife Dalia was leaving after hearing that Omar confessed to an affair with reporter Meridith Reed.  Hassan tried to convince her to stay but she wasn’t having it.  One final new side story was that Sergei’s son Josef refused to let his younger brother die from his radiation poisoning and drove him to a doctor who supposedly had a treatment that could help.  Josef threatened him and his family and the doctor had no choice to help.

Back at CTU, Dana was trying to put the finishing touches on Jack and Renee’s backgrounds when she got another call from ex-con/ex-boyfriend Kevin who demanded she come home or he would call Cole and spill everything, including her big secret that she was an accessory to murder and did time for it.  Dana finally relented and upon returning home found one of Kevin’s dead beat friends on her couch and Kevin with a plan to use Dana to access somewhere he could make some big money.  He makes a deal with Dana that if she helps with this score, he’ll disappear.

So back to the main event, which was Jack and Renee’s attempts to find Russian mobster Vladimir.  Jack was pissed because Renee had just chopped off their only lead’s thumb with a hand saw to remove his parole bracelet.  Jack insisted that Renee was unstable and that the mission was over but Renee somewhat convinced him it was the only way.  Jack then beat a hasty retreat before their informant, Ziya, could wake up and followed him and Renee as they drove off to find Vladimir.  Apparently the promise of a couple million balances out losing a thumb.

Ziya and Renee arrived at a auto shop that Vladimir was supposed to be hiding out in and it turns out that Ziya was right.  Jack finalized their background information and Renee went in to meet with Vlad.  Jack was wary that their past history might get in the way of the mission as Chloe learned that Vlad was obsessed with Renee but also beat her badly.  Renee and Vlad had a tense reunion as Vladimir grilled her about her time in Mexico.  Jack fed her all the correct answers but they almost got caught when Vladimir asked them about a corrupt Mexican official who wasn’t in the FBI’s records.  Fortunately Chloe found it in the DEA database in time and Vlad seemed to be satisified, that is until he ordered Ziya and Renee into a car trunk and refused to deal with them.  Jack chased after the car and CTU director agreed to give tactical support.  Unfortunately Vlad tricked them with a decoy and Ziya and Renee were left to fend for themselves at a nearby waterfront.  Ziya was immediately executed by Vlad gave Renee a chance to tell him the truth and she said the truth was she had nowhere to go and no one to help her and this deal was the only thing keeping her going.  She then taunted Vlad to pull the trigger, much to Jack’s horror.  Fortunately Vlad saw something to convince him that Renee was telling the truth and agreed to the deal and she and and his crew headed out with Jack following behind.