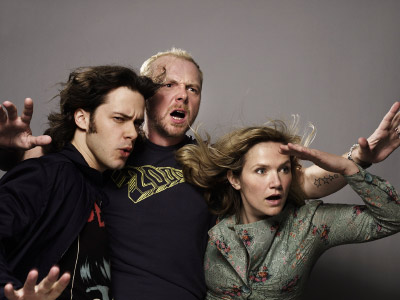 Giving birth to both Simon Pegg and Edgar Wright’s careers along with being the genesis for Shaun of the Dead, Spaced is a nerdtastic British comedy which finds Pegg’s Tim finding Jessica Stevenson’s Daisy as the two are both looking for places to rent and decide to pretend to be married in order to secure a nice flat.  There’s tons of nerd friendly touches like Tim’s attempts to be a comic book artist or the constant movie parodies.  Check out the first episode below and you can find the rest on Hulu.

Everything Action Theater: The Toxic Avenger