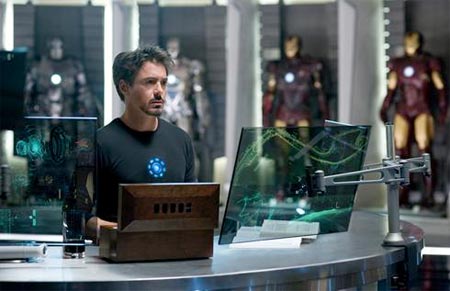 The second trailer for Iron Man 2 premiered during Jimmy Kimmel’s after Oscars show and it has a ton of new footage and plenty of action.  This trailer introduces us more to Tony Stark’s industrial rival, Justin Hammer, played by Sam Rockwell.  He and Mickey Rourke’s Whiplash team up to build an army of drones based on the Iron Man armor in an attempt to destroy Tony.  Also in the trailer is a better look at War Machine and the debut of Tony’s suitcase armor, which offers less protection but comes with the titular advantage of fitting in a suitcase.  Check out the trailer below and start counting down the days until May 7th.