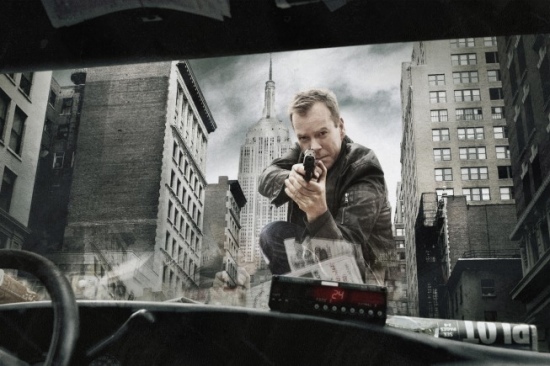 Sad news just broke on Twitter from 24 director/producer Jon Cassar that this will be the last season of the show.  Ratings have been low and Fox doesn’t want to keep paying the high production costs.  It was rumored that NBC might be interested in buying the series but that obviously didn’t pan out.  Now, we love 24 here at Everything Action but even I will admit that after the fantastic Day 5 it’s been kind of recycling plot devices like CTU getting attacked, moles in CTU and terrorists with nukes.  I think the awful Day 6 probably put the nail in the coffin for most people.  There’s still the possibility of a 24 movie where Jack would go to Europe but we’ll have to wait and see.  The current season is over halfway over and although there’s talk of having Jack die at the end, I think he deserves to head off to LA with Renee to be the world’s most bad ass grandpa.  Be sure to check the site every Tuesday for our remaining Jack Attack articles.