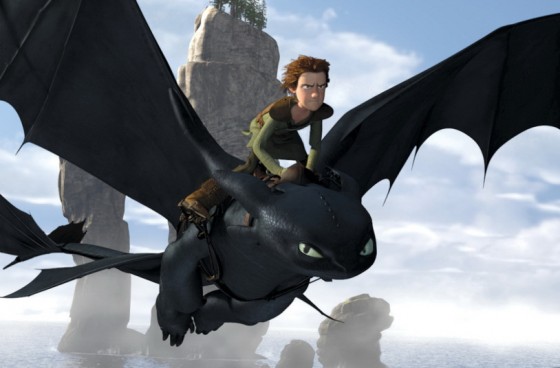 Backed by overwhelmingly positive critical response and not too much competition, How to Train Your Dragon easily took the top spot at the box office this weekend.  The movie took in $43.3 million, slightly lower than Monsters vs Aliens which came out around this time last year, but still decent for March.  This bumped Alice in Wonderland down to second with $17.3 million and losing 355 theaters.  The other new movie, Hot Tub Time Machine, came in a lower than expected third with $13.7 million.  Last week’s surprisingly strong number two, Diary of a Wimpy Kid, couldn’t last and dropped down to fifth with $10 million.  The only other big mover was Repo Men, which is rapidly falling off the charts.  Last week it debuted in fourth place and this week it dropped down to ninth pulling in only a little over $3 million.  This weekend has the much hyped Clash of the Titans coming out, which is also 3D, so we’ll see if Dragon can hold onto the top spot.

Battle at the Box Office 4/5