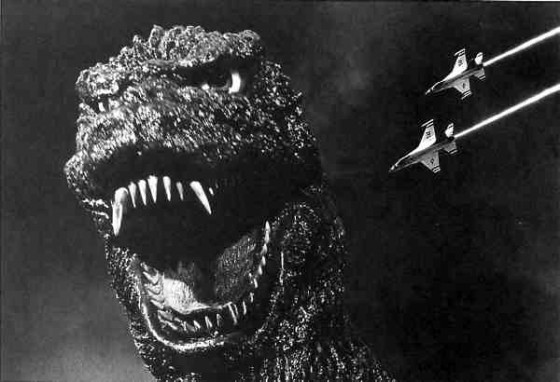 Godzilla is making a return to American studios as Legendary Pictures, the studio that brought you 300 and The Dark Knight, is going to make a new Godzilla movie for release in 2012.  It’s been since 1998 that an American take on the King of the Monsters has been attempted.  That movie was, of course, the ridiculously over hyped Roland Emmerich Godzilla, where the big G was a radioactive iguana and was hunted after by Ferris Bueller.  I’ll admit that that movie definitely falls into my “so bad it’s kind of good” wheelhouse but I think we all want classic fire breathing, spiny backed Godzilla.  There’s really no other details except that a director is going to be announced soon.