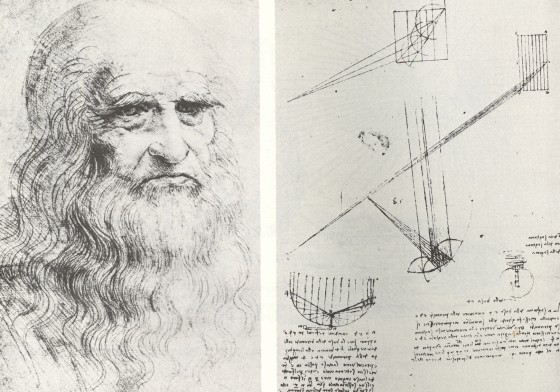 When you think of action heroes I’m sure you naturally immediately think of Leonardo Da Vinci.  Well, Warner Brothers is and they’re tasking Mark Guggenheim, writer of the Green Lantern movie and a former showrunner of Flash Forward to write this ass kicking take on the Renaissance master of all trades.  The movie entitled “Leonardo Da Vinci and the Soldiers of Forever” finds Da Vinci as a member of a secret society that has to deal with demons and other supernatural happenings.  There’s also secret codes, lost civilizations and hidden fortresses and they’re comparing it to National Treasure or Raiders of the Lost Ark in terms of tone.  It sounds like it could actually be ridiculous fun, along the lines of say Abe Lincoln: Vampire Hunter but personally my action hero/inventor of choice would be Nikolai Tesla. Have David Bowie reprise the role and have him fighting aliens and shit with Tesla coils.  Box office gold.

One thought on “Leonardo Da Vinci and the Soldiers of Forever”