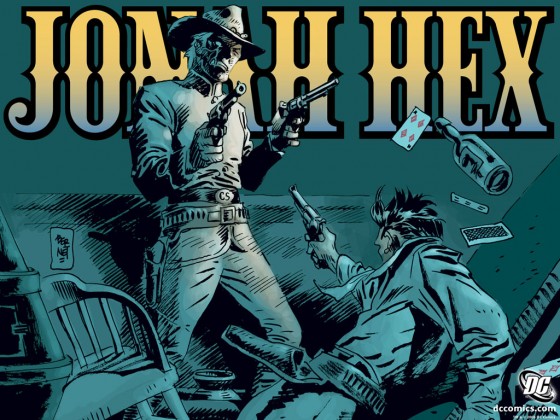 This summer is just packed full of comic movies and DC is bringing their supernatural cowboy Jonah Hex out in June and we got our first trailer today.  Josh Brolin stars as Hex, who gains supernatural powers after nearly dying at the hands of John Malkovich’s Quentin Turnbull.  Turnbull kills his Hex’s family and leaves him for dead, Hex then becomes a bounty hunter and general bad ass.  One of Hex’s only allies is hooker Lila, played with a terrible sounding western accent by Megan Fox.  The US government tasks Hex with going after Turnbull, who is building an army.  I’m getting a kind of Wild, Wild West feel from the movie but hopefully with Brolin and Malkovich on board it won’t be the ridiculously over the top trainwreck that movie was.  You can check out the trailer below and decide for yourself.