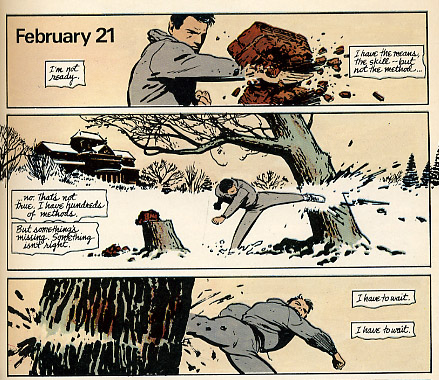 I’m more of a Marvel fan than a DC fan but DC has been hitting it out of the park recently with their direct to DVD animated movies like Green Lantern: First Flight, Batman/Superman: Public Enemies and Crisis on Two Earths and now it seems like Batman: Year One is going to be getting the animated treatment fairly soon.  The comic, written by Frank Miller, tells the story of how Bruce Wayne trained to become Batman and also his first battles against evil.  It also followed Lt. Jim Gordon as he investigated the Falcone crime family.  Year One is considered one of the most important Batman stories along with such classics as The Long Halloween and considering DC’s recent track record and also that Justin Liu, who directed Hulk Vs., Planet Hulk and Public Enemies is directing this one, I am totally excited.  Here’s hoping they can get Kevin Conroy back to be Bruce.

Telltale Unveils New Seasons for Batman, Walking Dead and The Wolf Among Us