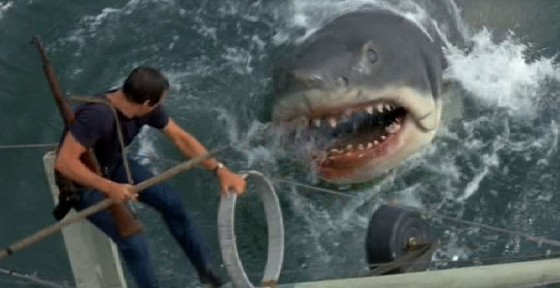 The granddaddy of all summer blockbusters celebrates it’s 35th anniversary today.  Directed by Steven Spielberg and starring Roy Schieder and Richard Dreyfuss, the movie followed water phobic Sheriff Brody as he tries to deal with a huge killer shark that is terrorizing the waters off of the island of Amityville.  If you’ve never seen it, crawl out from under your rock and go watch it now.