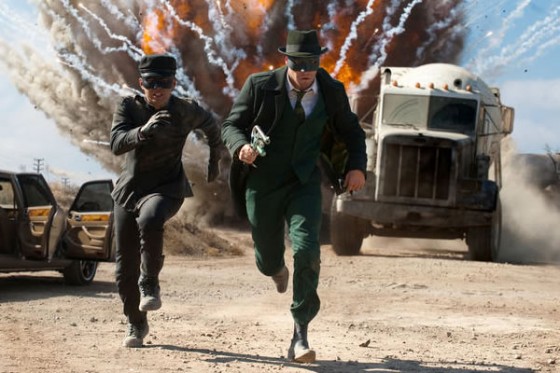 The first trailer debuted yesterday for the upcoming adaptation of the classic radio and TV hero, The Green Hornet.  Seth Rogen stars as the titular character and Jay Chou is his sidekick Kato and Christoph Waltz as the main villain.  After going through a number of directors, the movie was finally put in the hands of Michel Gondry, director of Eternal Sunshine of the Spotless Mind, The Science of Sleep and Be Kind, Rewind.  This is his first foray into action and it’s looking pretty good, not his usual craziness but it’s got some style to it.  Sony pushed this back from December to January, they say to convert it to 3D and avoid competition with other 3D movies coming out in December, most notably Tron Legacy.  Hopefully they’re not just dumping it because it seems fun, check out the trailer below.