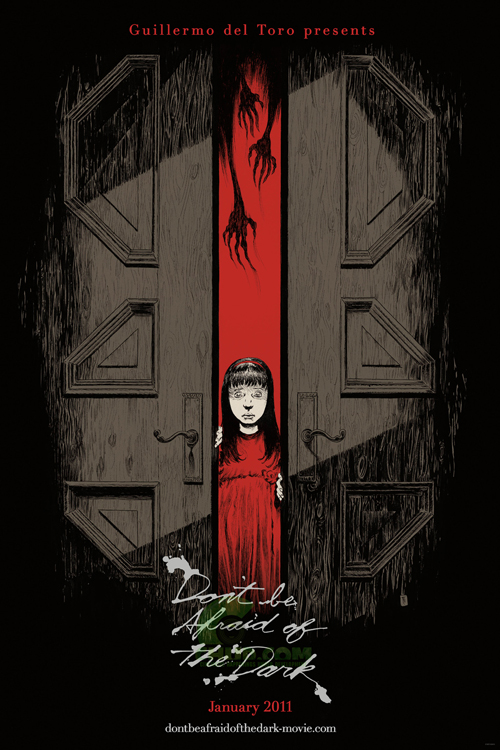 Comic Con trailers continue to slowly trickle out and here’s the trailer for the Guillermo del Toro produced “Don’t Be Afraid of the Dark”, a horror remake starring Katie Holmes and Guy Pearce.  Pearce plays a single father who is restoring an old mansion with his new girlfriend (Holmes) when his daughter accidentally unleashes a swarm of creatures who survive in darkness from the basement.  Young Sally must then try and convince her father that she isn’t making the creatures up before they destroy them all.  It looks pretty creepy but also seems like with just a small adjustment it could be a Sam Raimi movie like Drag Me to Hell.  Check out the trailer below and the movie is out next year.

Don’t Be Afraid of the Dark in HD