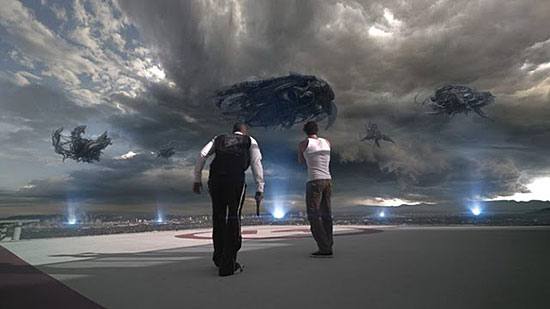 One of the movies that got announced at Comic Con was the alien invasion movie Skyline.  Starring Donald Faison and Eric Balfour, the plot focuses on a number of mysterious alien lights descending on Los Angeles and when people go outside to investigate they are abducted wholesale by waiting alien ships.  Not much is revealed in the trailer but the special effects look great, as they should since the directors, The Strause Brothers, are visual effects guys.  Check out the trailer below and the movie comes out this November.