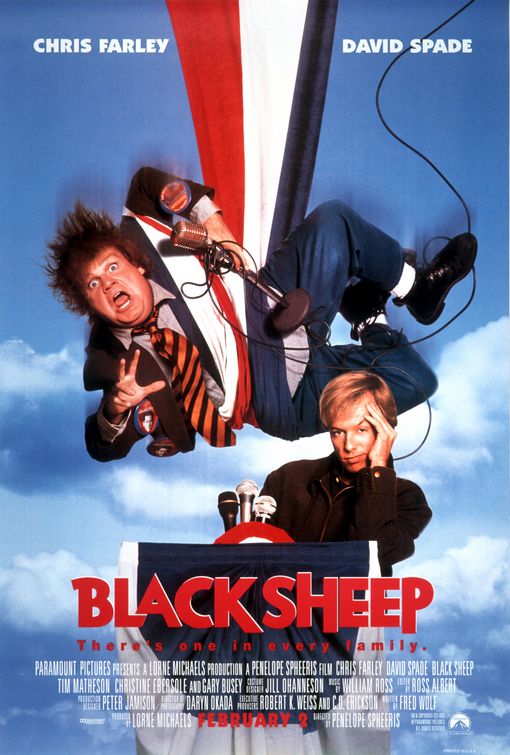 It’s been another long stretch of bizarre Indian movies and Lifetime originals on Hulu but they dropped a crap ton of actual movies onto their servers this week, one of them being the Chris Farley comedy Black Sheep.  While not quite the comedy classic that Tommy Boy is, Black Sheep is still full of hilarious Chris Farley antics and has a great supporting cast.  David Spade is, of course, here as Farley’s sidekick but there’s also USA all star Tim Matheson as Farley’s older brother, who is running for Governor of Washington, and a completely unhinged Gary Busey as a crazed Vietnam vet.  Check out the full movie below.