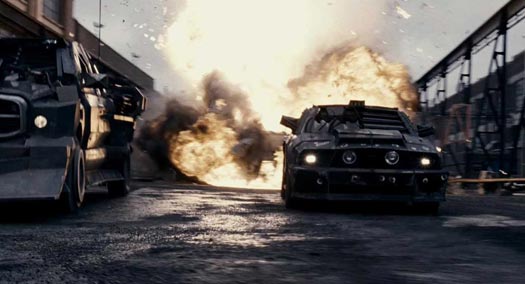 I enjoyed the first Death Race quite a bit what with Jason Statham stathaming it up, Joan Allen swearing like a sailor and some pretty awesome race sequences that were like M rated Mario Kart.  I wasn’t expecting to see a sequel however but it’s coming straight to video this January.  I’ve read a lot of vague descriptions but I think this is more of a prequel, because what prison would have Death Races after what happened in the first movie?  Sean Bean, Ving Rhames and Danny Trejo are headlining this one and it looks like more of the same, with the exception of what look like races in city streets.  I’ll probably check it out when it comes out and you can watch the trailer below and decide for yourself.