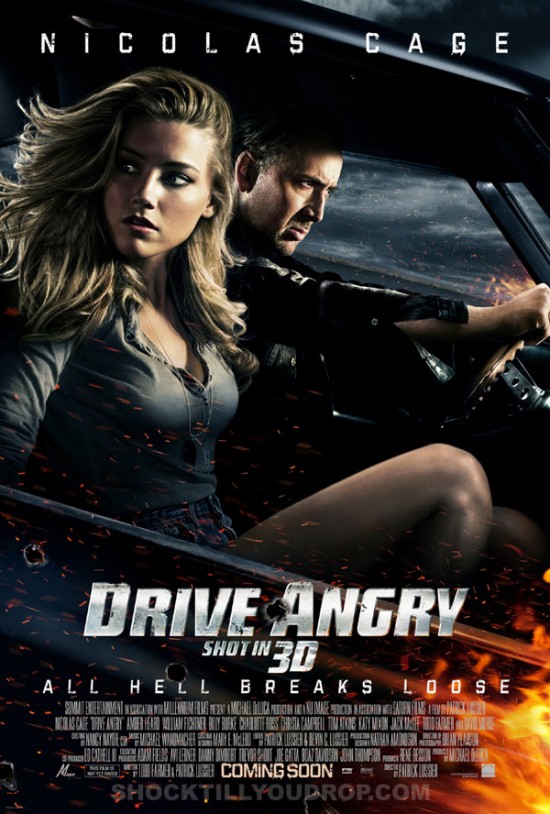 One of the big movies at Comic Con this year was the Nicolas Cage insanity fest that is Drive Angry 3D.  Looking like the lost third movie from Grindhouse, Drive Angry follows Nicolas Cage’s Milton, a felon that is killed and sent to Hell, only to escape and go on a rampage to save his daughter’s baby from evil cultists.  Milton doesn’t just have the cultists to contend with however as a demon played by William Fichtner is on his trail to drag him back to hell.  Shot in 3D, it looks like a crazy B movie that will hopefully feature some gleeful insanity from Nicolas Cage.  Check out the full trailer below and the movie is out next year.