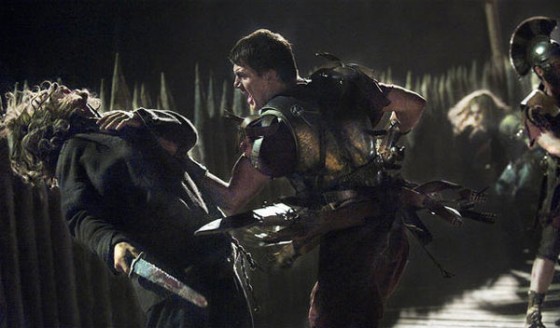 Kicking into production at around the same time as the bloody and pretty fun Centurion is The Eagle.  Directed by Kevin Macdonald, who previously did The Last King of Scotland and State of Play, The Eagle is about the son of a Roman general who disappeared while exploring the distant edges of the Roman empire.  Channing Tatum plays Marcus Aquila, who hears about a sighting of his father’s eagle standard and goes off to try and recover it with the help of a slave named Esca (Jamie Bell).  Esca, however, is from the tribe who are responsible for killing Marcus’ father and stealing the eagle.  Lots of backstabbing, escapes and sword and sandals seem to follow.  I think Jamie Bell seems great as usual but Channing Tatum looks like the worst miscasting since Kevin Cosnter in Robin Hood.  I’m not sure if ancient Romans had British accents but that’s kind of the accepted norm and Channing Tatum doesn’t even attempt anything but his usual dull delivery.  Decide for yourself by checking out the trailer below:

Amazon is Heading to the USSR for Comrade Detective (Trailer)

The Book of Life Trailer