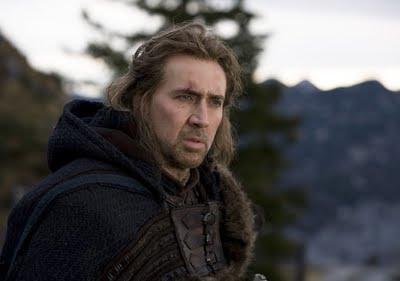 Nicolas Cage has made some gains this year crawling out of the black hole that was created by movies like Next and The Wicker Man but it’s unclear if the frequently delayed Season of the Witch is gonna set him back.  Cage is a 14th Century crusader who is tasked with transporting a suspected witch to a monastery where she will be killed to save the country from the plague.  The movie also stars Ron Perlman and looks like it kind of wants to be Kingdom of Heaven.  I’m hoping Cage will have at least one scene where he goes insane but he looks pretty bored throughout the trailer.  Check it out below and the movie comes out in January.