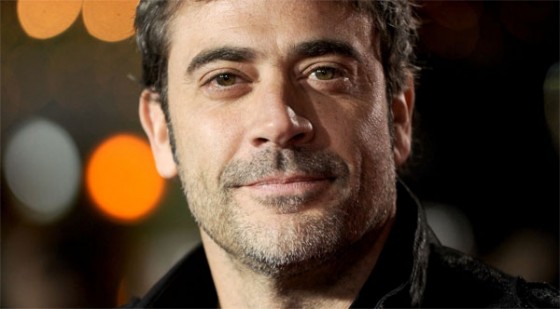 This week we have a great episode with one of the first appearances of the awesome Jeffrey Dean Morgan, starring as the titular Sid.

The Sliders are just about ready to slide off of a world where war is constantly raging on the streets of San Fran and gangs and criminals are running rampant.  The gang takes shelter in a broken down warehouse to wait the minute or so to slide but Quinn is unable to resist helping a woman named Michelle, who was running from her violent boyfriend Sid.  Quinn tries to bonk Sid on the head with a pipe but gets thrown aside instead but fortunately Rembrandt is able to get behind Sid and slam him with a 2×4.  Wade opens up the portal and the gang slides out with Michelle.  Sid quickly recovers and goes after them.

All six of them end up in a sterile looking San Fransisco that has signs everywhere posting restrictions and armed guards (or “custodians”).  Sid pulls out a gun on Quinn but a bystander who witnessed the gang slide in intervenes.  Sid recognizes him from his Earth as one of his gang buddies LJ and LJ and Arturo both convince him to hold off on doing anything to Quinn, for the moment at least.  Arturo attempts to explain to Sid how sliding works while LJ leads them them off to a side street and gives them all “buddy bracelets”, wrist devices that apparently required for all San Fransisco citizens.  The gang also finds out that this San Fransisco is constantly getting hit with earthquakes.  LJ then helps the group get into some government sponsored housing, which requires the gang to take mandatory group therapy.  The housing is like a nice hotel and Sid and Michelle light up when they hear there’s no locks.  Sid heads out to get his crime on despite warnings from Arturo and he almost strangles Quinn when he attempts to stop Sid from leaving.  Sid tells Quinn his only job is to get him back to his Earth or Quinn is dead and then leaves.

LJ returns a short time later with Supervisor Leo to fill out rest of the group’s paperwork and to activate their buddy bracelets.  Arturo and Rembrandt are paired up, Michelle and Wade and, of course, Quinn and Sid.  They soon learn the true purpose of the bracelets when a man outside has his bracelet start flashing. Leo makes sure it’s not a false alarm and then shoots the man in the back.  It turns out though that the guy didn’t even do anything, his buddy committed a crime but on this Earth, both parties are punished.  With this in mind, LJ, Quinn, Rembrandt and Arturo all run out to find Sid before he does something stupid.  Wade and Michelle have their group therapy session so they are unable to leave.

While driving with LJ, Quinn learns exactly what’s going on with this Earth.  San Fransisco was evacuated after a major 6.2 earthquake and the entire city was turned into a maximum security prison and eventually the whole city is going to be dropped into the ocean by a predicted, even larger quake.  Wade and Michelle learn this at their therapy session when they’re asked to tell how they got incarcerated.  Rembrandt and Arturo, meanwhile, are harassed by a knife wielding, slightly Justin Long looking inmate, but are able to get rid of him by shouting about being with the Neighborhood Watch.  In San Fran prison, if you snitch about crimes you are handsomely rewarded.

LJ and Quinn finally find Sid but are unable to stop him from trying to rob a guy using an ATM and then holding the man hostage.  LJ tells Quinn to hide his bracelet and then meet him at an abandoned BART tunnel.  Before Quinn can meet up with the group however, a small quake hits and the guards see his flashing bracelet.  A tower guard attempts to shoot him but Quinn manages to escape in the confusion of the quake.  He meets back up with the group and they head out to the BART station.  LJ leads them underground to a section that has been turned into a storage area for all kinds of contraband.  LJ then reveals his true nature by turning on the Sliders and demanding they hand over the timer to him and his cronies.  Arturo manages to lock the keypad and then hands it over but Leo and the guards arrive and start firing.  Quinn is pinned down by both the guards and LJ but Michelle manages to take out LJ and Quinn grabs the timer.  The group tries to escape back to the surface but Sid and a bunch of guards are waiting for them.  Sid made a deal with Leo to steal the timer and then slide out together.  The Sliders are locked in an underground cell but if any of them agree to help with the timer they’ll be able to go with Sid and Leo.  Arturo takes them up on their offer and goes with Michelle to Leo’s office.  Arturo takes a look at the timer and says he’ll have to take it to Quinn, since he invented it and knows the most about it.  Sid doesn’t buy it and pulls out his gun on Arturo but Michelle pulls out her gun on Sid.  Of course Arturo’s betrayal was just a ploy to get the timer back and he and Michelle return with 30 seconds to spare.  Sid and Leo are left tied up in the office, but Sid gets himself untied and rushes in to attack Quinn just as Arturo opens the portal.  Rembrandt tries to help but gets thrown off and Sid jumps on Quinn and starts choking him.  Michelle tells Sid to stop or she’ll shoot him.  Sid doesn’t believe it but Michelle makes good on the threat, shooting him in the stomach.  The gang leaves him to die and Wade convinces Michelle to come with them.  The gang manages to slide out before another earthquake, possibly the big one, hits.

Another great episode of Sliders; they really nail the sterile, restrictive prison environment and there’s a bunch of great concepts, like the buddy bracelets.  Jeffrey Dean Morgan is also a great evil asshole as Sid.  Come back next week when the gang ends up on a world where a disease has killed off almost all the men, making the remaining men valuable commodities as breeders.