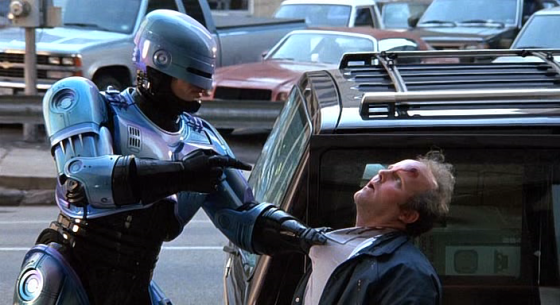 Coming from the late Irvin Kershner, Robocop 2 is a highly underrated sequel to the original classic that finds Robocop/Murphy trying to take down a group of dangerous drug dealers and eventually having to face off against the titular Robocop 2, OCP’s supposedly improved new model of cyborg.  Robcop 2 has the same humor and satire as the first movie; probably one of my favorite sequences involves a focus group being called in to improve Murphy and then he’s uploaded with hundreds of new directives, which results in him focusing more on finding peaceful solutions and teaching lessons to kids.  It’s not the quantum leap of it’s 80’s cousin Terminator when it had it’s sequel but it’s still a fun 80’s action movie and definitely doesn’t deserve the amount of shit it gets.  Check it out below and decide for yourself.

Everything Action Theater: Our RoboCop Remake