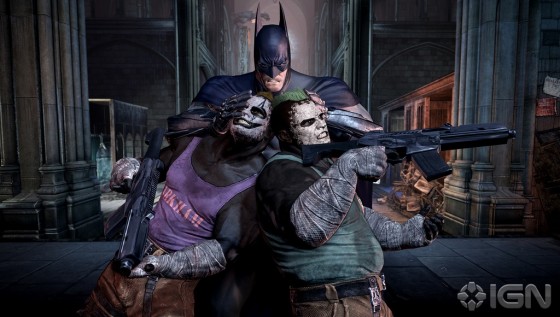 So the Spike VGAs were last night and, as usual, they had a bunch of “world premieres” with the one I’m sure everyone here is most excited about being Batman: Arkham City, the sequel to the greatness that is Arkham Asylum.   With Arkham pretty much destroyed after the Joker’s takeover, an entire section of Gotham is turned into the new prison/insane asylum, but, of course, things go bad once again.  The Joker is definitely returning, and it’s going to be the last performance of him by Mark Hamill, and in this new trailer we see that Dr. Hugo Strange is going to be one of the main villains as well.  Some promo images also show Catwoman and Two-Face showing up as well.  This is probably my most anticipated game of next year so I’m going to go watch the trailer a couple more times and you can watch it below.