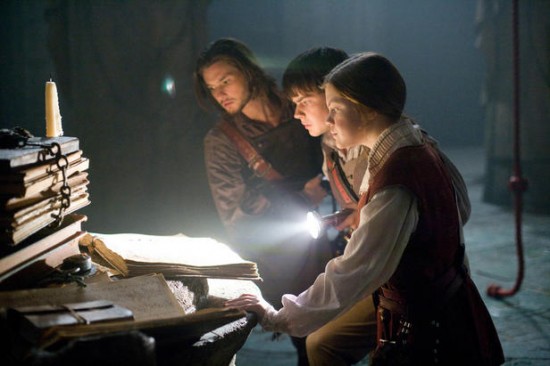 Chronicles of Narnia: Voyage of the Dawn Treader managed to take the top spot at the box office but it didn’t exactly set the world on fire.  The third Narnia movie made just over $24 million, which is the worst opening for Narnia and also a lower opening than fucking The Golden Compass.  I don’t think it’s crazy to assume that it’s going to get fucking destroyed this weekend by Yogi Bear and Tron.  The Tourist took the second spot but again, it wasn’t anything to be excited about with $16.5 million.  Both Narnia and The Tourist both cost over $100 million to make so they have some work ahead to make that back.  Last week’s number one, Tangled, dropped down to third with $14.3 million.  Harry Potter and Unstoppable rounded out the top 5.  Black Swan saw a huge jump with it’s wider opening over the weekend, going from thirteenth to sixth.  On the flip side, The Warrior’s Way pretty much guaranteed itself to be the biggest bomb of the year, going from it’s terrible opening of ninth last week to an atrocious fourteenth this weekend.