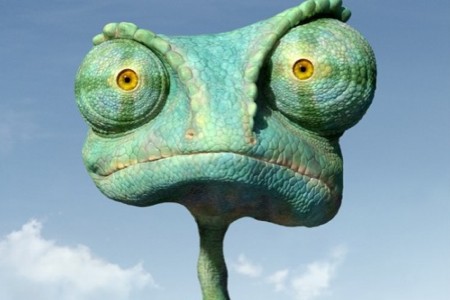 Another day, another Johnny Depp trailer, this time though it’s the animated feature Rango, directed by Gore Verbinski.  Depp plays the titular lizard as he tries to escape from a hungry bird and winds up becoming the hero of a small western town.  Taking to his new role, Rango becomes sheriff but then has to deal with a group of evil desperadoes who want the town for themselves.  The movie also features the voices of Ned Beatty, Alana Ubach, Isla Fisher, Alfred Molina, Ray Winestone and Harry Dean Stanton.  I’m getting a kind of grittier “Fievel Goes West” vibe and I think the animation looks pretty great for a non Dreamworks, non Pixar animated movie.  Check out the trailer below and the movie is out this Spring.