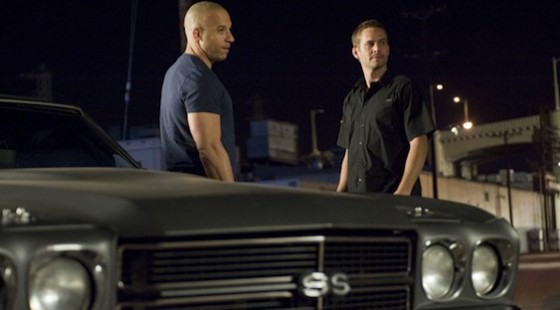 The Fast and the Furious franchise races along with the fifth movie, Fast Five, coming out this spring.  The trailer debuted today and the movie looks like it’s the all star squad of Fast and the Furious characters.  Vin Diesel, Paul Walker and Jordana Brewster are back from the previous movie, Fast and Furious, Ludacris and Tyrese Gibson from 2 Fast 2 Furious and Sung Kang from Tokyo Drift are all assembled in Rio De Janiero for “one last job”.  The gang has opposition on both sides though as they have both a pissed off evil businessman on one side and bad ass cop Hobbs (The Rock) on the other side.  I’m kind of interested by this one, if only because The Rock is continuing his return to bad assery.  Some of the car stunts look pretty cool as well, especially that end bit with Dom and Brian ripping the safe out of the wall and then dragging it through the streets.  Check out the trailer below and the movie is out in spring.