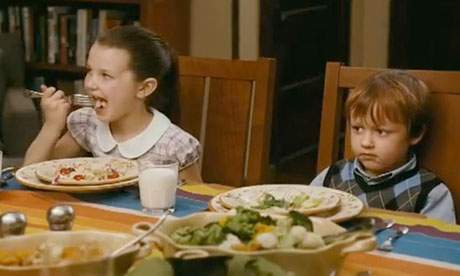 Barely winning the box office, probably on sheer force of star power, was Little Fockers.  The lowest opening for the franchise, the movie made $34 million over the weekend and $48.3 million over the five days it was out.  The previous entry, Meet the Fockers, had an opening of over $70 million over it’s holiday release.  Second place went to True Grit with $25.6 million, making it the highest opening ever for the Coen Brothers.  It’s total gross over the holiday weekend was just over $36 million.  Tron: Legacy dropped of over 50% from last weekend and went down to third with just over $20.1 million.  Narnia took the fourth spot and Yogi Bear barely took the fifth spot over The Fighter.  The other new release movie, Gulliver’s Travels, suffered from it only having two days in theaters, coming in at seventh with just $7.2 million.  The biggest mover of the week was probably The King’s Speech, which went wide over the weekend and jumped from fourteenth to eleventh.  Don’t expect much to change this weekend as there aren’t any new wide release movies coming out.

Battle at the Box Office 1/3