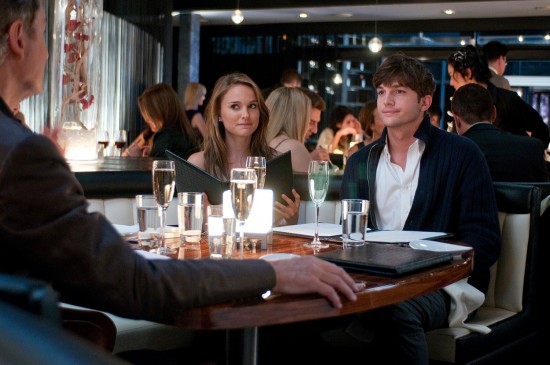 Being the only new movie in the widest release, it’s not surprising that No Strings Attached was the winner at the box office this weekend.  Even though it was R rated, the Natalie Portman/Ashton Kutcher joint took in $20.3 million.  Moving down to second was The Green Hornet with $18.1 and losing the romantic comedy battle was The Dilemna, which dropped down to third with $9.7 million.  The King’s Speech held steadfast in fourth place with less than a 1% drop off from last week and making another $9.2 million.   True Grit rounded out the top 5 with $8 million.  In a rare occurance, The Fighter experienced a late game boost over the weekend, moving from ninth back up to seventh.  The rest of the top ten was pretty the same as last week although Tron is about to fall off.  Can No Strings Attached hold up against actioner The Mechanic and horror film The Rite?