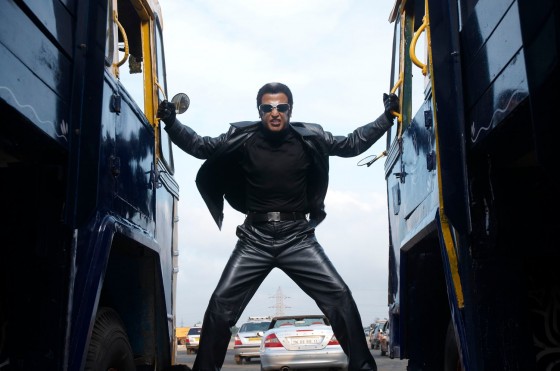 Setting the internet ablaze this week was the following video featuring a couple of the action sequences from the Indian film Endhiran.  From what I gather about the plot, it’s about a guy who invents or is the inspiration for a line of robots that go insane and must be stopped.  The first action sequence in the video, in which an evil robot causes havoc on a freeway, would have been a shoe in for most insane action sequence if not for the second sequence, which is the climax of the movie, in which hundreds of evil robots fuse themselves together into tons of different shapes like a ball full of guns, a giant snake and more.  No human is able to fully describe the glorious insanity of these scenes, so just watch the video below and make sure you remember to pick your jaw up off the floor when you’re done.