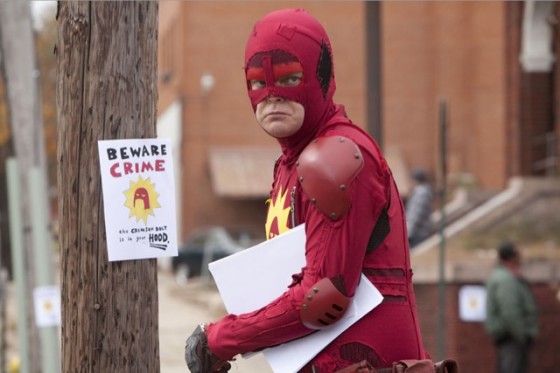 Capping off the slew of trailers that got released this weekend is the latest movie from James Gunn, who previously directed the cult favorite Slither.  Super stars Rainn Wilson as Frank, a shy, loser of a husband whose wife (Liv Tyler) runs off with a drug dealer played by Kevin Bacon.  Frank decides the best way to win his wife back is to become a superhero named Crimson Bolt and start dishing out vigilante justice with a wrench.  Frank is soon joined by an enthusiastic comic fan (played by Ellen Page) who becomes his insane sidekick Boltie.  The movie looks like it what would happen if Michel Gondry directed Kick Ass and looks like it could be fun.  Check out the trailer below and the movie is out sometime this year.

Guardians of the Galaxy Trailer