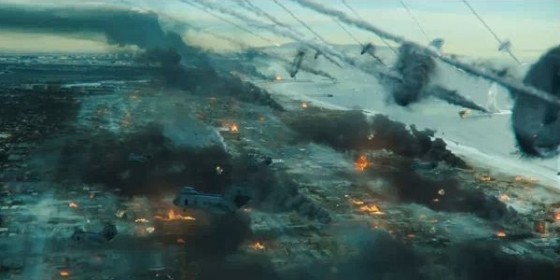 Battle: Los Angeles won the Battle at the Box Office this weekend, pulling in $36 million for the top spot, which puts it about average for the genre.  Similiar movies like District 9 and Cloverfield had slightly better openings but it made the entire theatrical run of the last Los Angeles based alien movie, Skyline.  Last week’s number one, Rango, dropped down to second with just over $23 million.  Red Riding Hood didn’t draw in nearly as many Twilight fans as it wanted to, coming in third with $14.1 million.  The Adjustment Bureau dropped down to fourth and Mars Needs Moms bombed, coming in fifth with $6.8 million, which isn’t good considering it cost $150 million to make.  Other than that, not a whole lot changed position wise with the only exception being Gnomeo & Juliet, which probably had a bunch of it’s screens robbed by Mars Needs Moms and just barely stayed in the top ten.