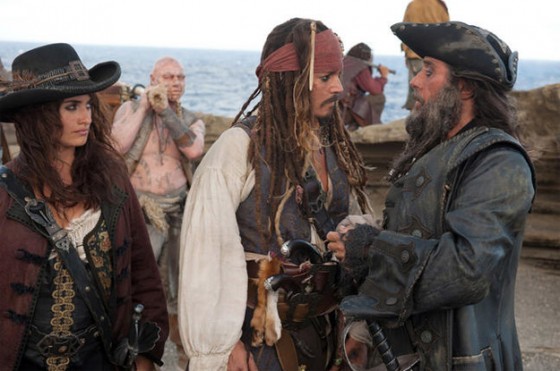 Shocking no one, Pirates of the Carribean: On Stranger Tides was the winner of the box office this weeekend, although it performed well below expectations.  Based on the performance of the last couple films in the series, estimates were placing Pirates opening weekend as high as $141 million but in actuality it made just over $90 million.  It’s still the new highest opening weekend for 2011.  Second place went to Bridesmaids, which moved past Thor and only had a 20% drop from the previous week with $21 million.  Thor had a 55% drop off from the previous week and dropped down to third with $15.5 million.  Thor has grossed just over $145 million.   Fast Five and Rio rounded out the top 5 (with Rio stubbornly refusing to move from the fifth place spot).  Nothing else much of note as the rest of the top ten just slid down one or two spots.  Can Pirates hold up against the one/two punch of The Hangover Part II and Kung Fu Panda 2 this weekend?

Battle at the Box Office 6/6