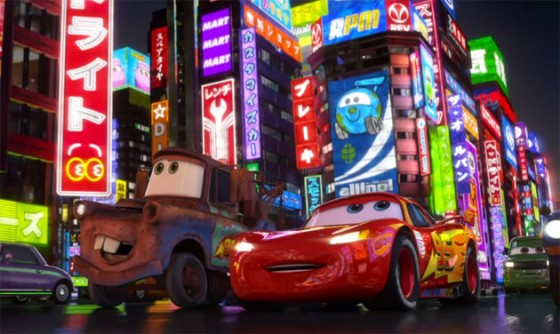 Even though it was the first “rotten” Pixar movie, Cars 2 still took the top spot at the box office this past weekend with $68 million.  This puts it in fifth in the Pixar opening weekends and it beat the original Cars, which had an opening weekend of $60.1 million.  In a surprisingly strong second place was Bad Teacher, which made $31 million and puts it on par with fellow R rated comedies Step Brothers and Knocked Up.  Falling 65% from last weekend was Green Lantern, which made another $18.4 million but is still a long way from breaking even for Warner Bros.  Super 8 and Mr. Popper’s Penguins rounded out the top 5.  Everything else pretty much moved down a spot or two, with the exception of Kung Fu Panda 2, which plummeted from sixth to eleventh, probably thanks to Cars 2 stealing most of it’s screens.