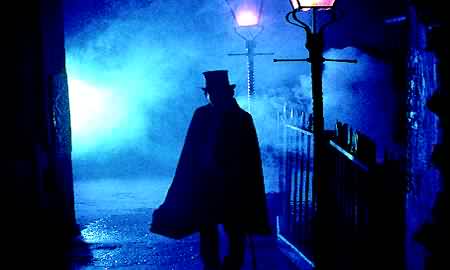 This week the Sliders find themselves in Westworldesque role playing theme park and the Professor is brainwashed into believing he’s the Sherlock Holmesesque detective, Reginald Doyle.

The gang arrives on an Earth that is completely focused on business and work and anything not work related or could effect work as been banned.  The dress code is black suits, which makes the gang get some strange looks from the populace.  Arturo slid into a garbage can entering this Earth, so he leaves the group to get some new clothes and clean up.  On the street, a man accidentally spills his coffee on Arturo and Arturo goes off on him, which catches the attention of, what I’m assuming is, security.  They believe he’s something called a “fracture” and they give him a sedative and take him to the “eval center” for treatment.  The rest of the gang learns this from their trusty source of exposition, Diggs and they buy some suits and head to the treatment center.

Arturo, meanwhile, is under the care of a Dr. Bolivar, after no trace of his identity could be found by the staff and because of that, they assume Arturo is someone extremely important to the government whose identity has been protected.  Dr. Bolivar explains that Arturo’s brain needs to rest from the fracture so he’s going to become detective Reginald Doyle.  The rest of the gang arrives at the clinic and bluffs their way into discovering that Arturo has been taken to Park 91-9, a recreation of Victorian England during the Jack the Ripper murders.

Quinn, Arturo and Wade head to the park and blend in with a line of people waiting to get in.  They find out from their new friend, Erin, that they are in the line for people who are going to be actors in the recreation, which is the only outlet for acting left on this Earth.  The gang all gets assigned roles with Wade being a “tart” aka dancer/hooker with Erin, Remy being a cop and Quinn doesn’t really have an identity until they find the Professor.  They are given an introduction to the park by Dr. Dunhill, who is to be referred to in the park as Inspector Reed of Scotland Yard.

Quinn, Wade and Rembrandt head out into the park to look for Arturo and Quinn is soon pick pocketed by a group of scamps and the timer gets stolen.  Remy sets off in pursuit, but loses them.  Later that night, the gang catches up to the Professor, who arrives on the scene the latest Jack the Ripper murder.  Quinn’s attempts to snap Arturo out of his hypnotic state results in Arturo acknowledging him as his assistant, Marples and so Quinn goes with Arturo to keep an eye on him while Wade and Rembrandt keep an eye out for the timer.  The latter duo learns that the “murder victim” was one their fellow role players and that Erin is hopeful about being a “designated victim” because it’s a featured role.

Back at Reginald Doyle’s flat, Arturo is going over the evidence from the crime scene while Quinn attempts to bring him out of his fantasy.  Quinn sees that Arturo seems to have to look at his pocket watch every hour to reinforce the hypnotic state.

The next day, Quinn spies the kid who stole the timer and manages to catch up to him.  The kid seems to be sort of boy genius because he claims to have taken apart and put the timer back together and that the components are “so last year”.  Arturo arrives and the kid manages to escape.

Later that night, Erin and Wade are part of a stage show and afterwards, Erin finds a rose and a note on her dressing room mirror stand, which says she’s going to be the next victim.  She excitedly heads off to get killed but unfortunately, something goes horribly wrong and she is actually murdered.  Arturo, still playing the detective, is completely unaffected and gathers evidence from this new crime scene.  Dr. Bolivar confronts Dr. Dunhill in his office and claims they need to call in the actual police but Dunhill claims that could compromise the mental health of their patients, who are some of the most important people in the country.

Back at his flat, Arturo/Doyle makes the discovery that the previous notes left by Jack the Ripper and the shoe impressions he took are different from the note and footprint found at Erin’s murder, which he deduces means that there are two different killers.  He also hypothesizes that this latest killer has medical experience due to the depth and precision of the throat cut.  Out to breakfast with Wade and Rembrandt, Quinn spots their timer thief being accosted by a man nearby and Quinn goes and helps him escape.  It turns out the man was park security and that they have orders to catch the kid on sight.  Repaying the favor, the kid has one of his buddies pass the Sliders a note to meet him that night at the local blacksmith shop.  The trio manages to convince Arturo to come along but the group is almost run down by a carriage.  Quinn saw the Scotland Yard crest on it and Wade sprains her ankle.  Arturo heads back to his flat to think about this new development and carries Wade back to treat her ankle.

Quinn and Rembrandt go to the meet with the kid, who explains that his name is Trevor and he’s on his yearly month of play in the park.  Trevor also says that he saw the killers shoes at Erin’s murder but Quinn doesn’t think that’s any evidence that can help.  Arturo, meanwhile, gets a package from his landlady and sees it’s the crime scene reports he requested from Inspector Reed earlier.  With this new evidence, Arturo seems to have cracked the case and leaves Wade at his flat to go to Scotland Yard HQ.

Arriving at Scotland Yard HQ, Arturo confronts Dr. Bolivar, who has been role playing as the Chief Inspector and says that his handwriting and footprint match those found at Erin’s murder and that he believes the other murders were faked to frame Inspector Reed.  Caught, Bolivar sedates Arturo and brings him into his lab to try and figure out who Arturo told about his revelation.  Bolivar gets the names of Quinn, Rembrandt and Wade and instructs Reed to arrest Quinn and Rembrandt on the basis that they are accomplices to Arturo, the Ripper.  Bolivar then goes to kill Wade, himself fracturing and becoming the Ripper.  Wade manages to fight him off in the flat and runs out into the street.  Trevor sees what is going on and finds Rembrandt to help.  Rembrandt and Quinn, a short while earlier, had managed to find Bolivar’s lab and Arturo.  Quinn remained behind to get Arturo back to normal and they reunite with Rembrandt and Wade after Rembrandt managed to rescue Wade from Bolivar in an alley.  Reed arrives in the alley with the intention of arresting the guys but Trevor points out that he recognizes Bolivar’s shoes from the other night and asks why Bolivar would be wandering around with a knife.  With things kind of sorted out, the Sliders have to slide out and Trevor claims that someday he’ll build his own sliding technology and find the gang.

The best part of this episode is easily Arturo running around as Reginald Doyle.  I would watch a whole series of John Rhys Davies as a Victorian era detective.  It’s a little disappointing that no one else even tries to do an English accent but I guess no accents is better than horrible accents.  Next week the gang fulfills another mandatory check mark of alternate reality/history fiction by sliding onto a world where Ancient Egypt remained the dominant force up the modern day.

Total Recall: Sliders “The Good, The Bad and The Wealthy”