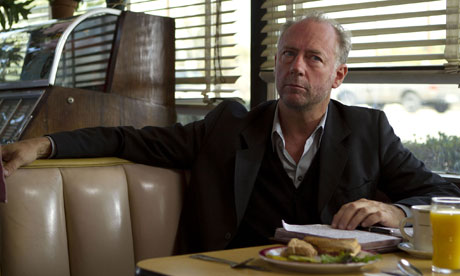 Hulu launched another series with a 24 alum this week as Xander “George Mason” Berkeley stars in The Booth at the End. Berkeley plays a mysterious man who has set up shop at a diner and takes meetings with people who have wishes or problems that need to be solved.  This man promises to help, but only if his clients perform certain tasks for him, some of which are especially horrible or dangerous (for example, one man wishes to save his son from a terminal illness but he has to kill someone else’s child to save him).  It’s got a very Twilight Zone feel and it’s extremely interesting, even though the action never leaves the booth at the diner.  There are 62 short episodes but Hulu is going to be combining them into 20 minute or so episodes and releasing them every Monday till August 8th.  Check out the first episode below.

Everything Action Theater: The Confession