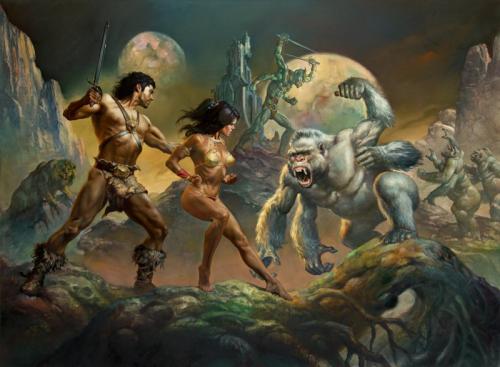 Disney is trying yet again to get a live action action/adventure franchise going, this time by adapting the classic Edgar Rice Burroughs series of stories chronicling the adventures of John Carter of Mars.  Taylor Kitsch plays John Carter, a Civil War veteran who is transported to Mars and becomes embroiled in a conflict between the human like Red Martians and the giant, barbarian Green Martians.  The Burroughs’ stories are classics of pulp fiction and inspired many amazing Frank Franzetta paintings but this new movie version looks completely generic, which is surprising considering the director is Andrew Stanton, director of such Pixar movies as Finding Nemo and Wall-E.  It’s like deleted scenes from Cowboys & Aliens and Prince of Persia were taken to make a new narrative.  John Carter is out in March of next year and you can check out the trailer below.

Don’t Forget About Finding Dory Thanks To This New Trailer