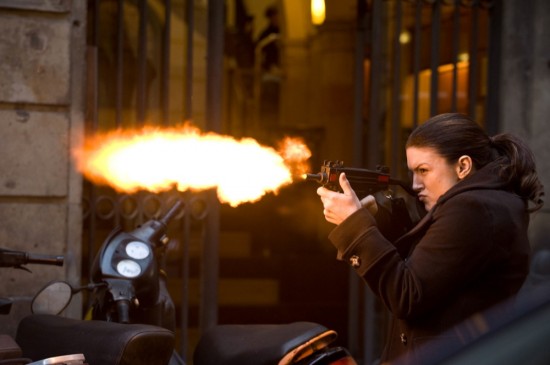 Steven Soderbergh is infecting theaters this fall with Contagion but next year he is directing is first full on action movie with Haywire.  Following the Bourne formula, Haywire is the first movie role for American Gladiator/MMA fighter Gina Carano and she stars as Special Force operative Mallory Kane who is betrayed by the government contractors she works for and sets out on a mission for revenge.  The rest of the cast is insane with the likes of Michael Fassbender, Bill Paxton, Michael Douglas, Ewan McGregor, Channing Tatum and Antonio Banderas.  Acting wise is still a question but it looks like Carano will definitely be able to nail the stunt portion of the movie.  The movie is out next January and you can check out the trailer below.

In The Blood Trailer