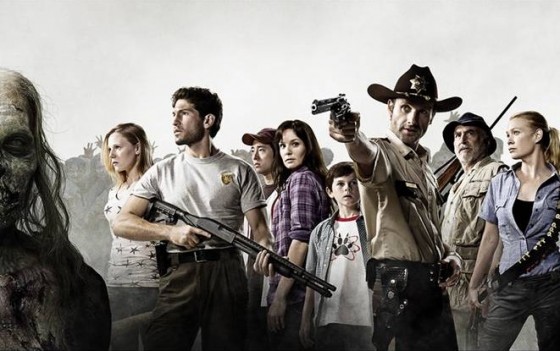 Definitely one of the heavy hitters of Comic Con, The Walking Dead, has a trailer for it’s upcoming second season.  Catching everyone off guard with how huge it was last fall, season two is a full 13 episodes as opposed to the six of season 1.  Rick Grimes and company have abandoned Atlanta after escaping from the destruction of the Atlanta CDC in the season finale of season 1 and are on the road looking for some semblance of shelter.  Tension in the group seems higher than ever and people like Shane are possibly going to abandon the group to try and survive on their own.  There’s no sign of fan favorite character Michonne in the trailer but there is a brief glimpse of Herschel and his family on their farm at the end of the trailer.  The show is looking as awesome as ever and I can’t believe we have to wait till October for Season two to debut.  Check out the trailer below.