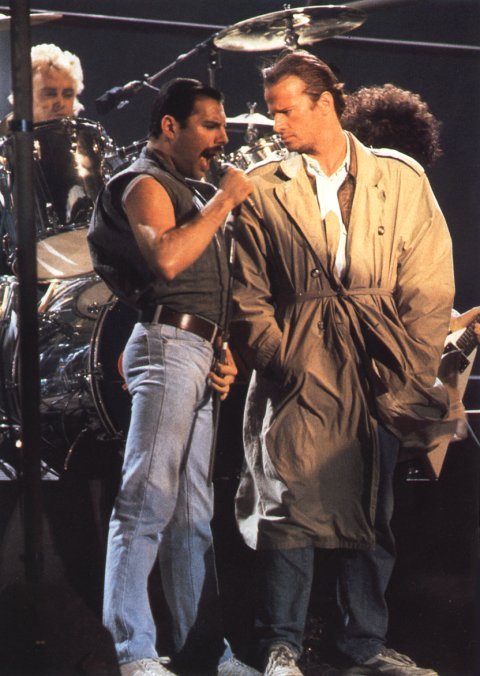 Highlander is an awesome movie for many reasons but one of the main reasons is the fantastic score by Queen.  Featuring songs like “Who Wants to Live Forever?” and a cover of “New York, New York”, the soundtrack is great but one song stands head and shoulder above the others, the opening song (and title song for the TV show) “Princes of the Universe”.  We’re featuring the music video for that song this week in Musical Montage and it’s amazing on many levels, from Queen performing on what looks like the roof set from the movie to the Highlander himself, Christopher Lambert, arriving to look intimidating and then briefly battle Freddy Mercury.  Check it all out below.