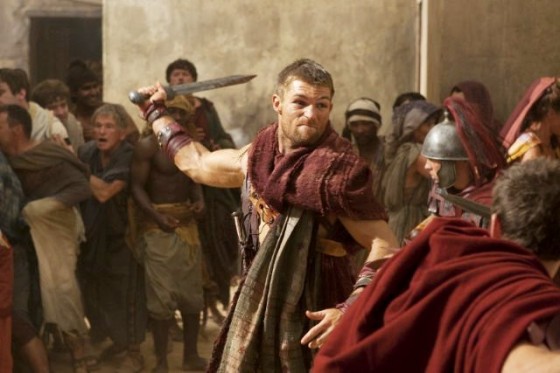 One of the, many, things that came out during our unscheduled site downtime was the full trailer for next year’s second season of Spartacus, subtitled Vengeance.  Liam McIntyre takes over the title role from Andy Whitfield, who unfortunately had to step down due to cancer, and Spartacus is on the warpath with his fellow, former slaves as they start to bring their revolution to all of Rome.  Opposing them is giant douche Claudius Glaber and his legions and his bitch of a wife Illithyia is still running around as well.  Hopefully both of them get their long awaited come uppance this coming season.  Suprisingly, Lucy Lawless’ Lucretia is still alive as well, surviving a sword to the gut from former lover Crixus at the end of season one.  She looks like she’s going to be wonderfully insane in the upcoming season but I agree with Chris that they should have saved it for a surprising reveal in the show.  I cannot wait for this show to start up in January and you can check out the trailer below.

Up to Speed: Spartacus: War of the Damned