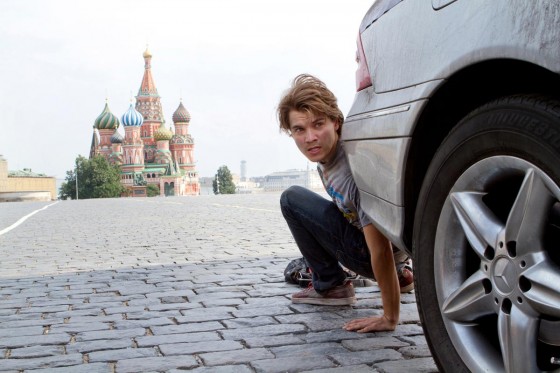 The alien invasion genre continues to build steam this year as The Darkest Hour joins the ranks this December.  The movie follows Emile Hirsch and his friends as they are on a trip to Moscow, drinking vodka and whatever else you do in Russia, when suddenly aliens start to attack the city.  The catch with these aliens though is that they are invisible and are only detected by nearby electrical devices.  It seems like an interesting idea and the special effects, especially people disintigrating, looks pretty cool.  The movie is being produced by Timur Bekmambatov, director of Night Watch, Day Watch and Wanted, and directed by Chris Gorak, the art director for movies like Minority Report, Fight Club and Fear and Loathing in Las Vegas.  Check out the trailer below and the movie is out on December 23.

Amy Adams Deciphers an Alien Language in The Arrival (Trailer)