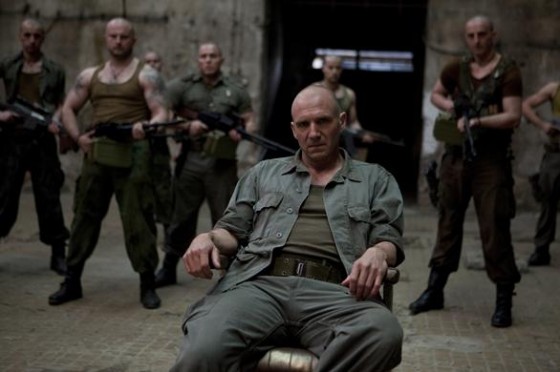 Don’t get all pissed off at me Shakespeare nerds, but I’ve heard of the Bard’s play Coriolanus until this trailer hit today for the modern reimagining of it, directed by and starring Ralph Fiennes.  I kind wish I had heard of it before after watching this bad ass trailer.  Fiennes stars as Caius Martius Coriolanus, a powerful general of Rome who is pushed by his domineering mother into trying to gain the position of consul.  The people of Rome refuse to support him however and eventually there’s a riot, forcing Coriolanus to flee the city.  He ends up looking for help from one of his most hated enemies, Tullus Aufidius (Gerard Butler), to wage war against his former city.  The Shakespeare play was about the ancient Roman empire but this movie updates the combat to modern warfare.  The movie co-stars Brian Cox, Vanessa Redgrave and Jessica Chastain and is coming out in limited release on December 2nd.  There’s been some issues with the trailer getting pulled down, so definitely check it out while you can.